A few months ago we made the decision that we needed to move to a tropical location and live by the beach (from Melbourne to Noosa). Our plan was to start to heal from the emotional pain and trauma of loss after loss. I had 5 miscarriages in about 8 months and I felt like a failure. My body was burnt out, my soul felt tired and it was time for a fresh start. My dearest wish was to work on the pain that had occurred and rid myself of the energy that was holding me back. Thanks to the special help of a couple of very unique healers, I was able to slowly get to a space of hopefulness.

After the first three losses I was offered placement at the Recurring Miscarriage Clinic at the Mercy Hospital to figure out the cause. I had numerous tests that all came back as inconclusive. All we knew is that that baby I lost in May was due to a chromosomal issue (like most losses) and that it would have been a girl. The others were ‘just rotten luck' as one of the doctors had explained.

After the 5th loss I was keen to give my body a break, so my husband and I decided to be more ‘careful' since he could pretty much sneeze on me and get me pregnant. However, all it takes is once and boom…magic happens.

Ten days after we drove 23 hours to move from state to state, I peed on the pregnancy test because I ‘just had a feeling' that something might be different. Sure enough the miraculous two pink lines showed up and I knew we were in for another wild ride.

Of course my mind was racing with fear from week to week. Each day was a milestone. At around 6 weeks I started to bleed. It was an all too familiar episode.

Tears were flooding and I was so afraid that I would lose another baby. Sean (my husband) and I headed off to the hospital emergency room to figure out what was going on.

Considering I was pretty much an expert at miscarriages at this point, I knew that bleeding ‘always' meant that things would be taking turn for the worst. I knew the drill – no heartbeat, slow heartbeat, no growth, no foetal pole – time for a D & C, perhaps Misprostal (the abortion drug) or a natural loss that feels like excruciating period pain.

The wait at the hospital to see a doctor can sometimes take hours of arduous waiting and waiting. The time drags – the dog-earred old magazines are filled with happy celebrity baby stories which are like rubbing salt on a wound.

After a few hours Sean had to leave to pick up the kids from school. I was feeling okay and told him that I knew what to expect and I would be fine.

Another hour passed and I decided to take out my phone and write message to the baby. This was an attempt at calming myself and getting my heart into a good space of being open to all possibilities.

Then my name was called.

I went into the cubicle and explained my story to the doctor. They always ask if it's IVF since not many people at my age (34) can conceive so easily and regularly. I was then taken down for an ultrasound – the final frontier, these things were always so definitive.

Sean wasn't with me and I was kind of happy about that because I didn't want to put him through the emotional pain again. I just knew that things weren't working out, or so I convinced myself.

The technician inserted the probe. Oh gosh, it was one of those internal ultrasounds that gives you a really good look since everything in there is pretty tiny. 2014 is officially the year where the most about of people have seen my vagina – records have been broken *laugh*.

The time slows right down to at snail's pace when you're at a crossroad like this. It's a make or break slow motion experience where you have to hold your breath and hope for the best.

“See that, that boom boom boom? That's the heartbeat!”

I couldn't stop smiling. I couldn't believe there was life in there.

When Sean arrived I was sitting on the hospital bed grinning from ear to ear like an idiot, which really confused him. He was so relieved!

Everything looked fine and so the next leg of the waiting game would unfold. Apparently I had a ‘subchorionic hematoma' which was a pool of blood in my uterus. The doctor told me it's 50/50 chance of survival when these happen.

At about 6 weeks I had a second set of blood-work taken and my HCG levels were rising nicely. It was about this time that the morning sickness started to kick in with a vengeance.

I would literally have to carry plastic bags in my handbag in case I needed to throw up while I was out. Most of the day I felt dizzy, the smell of food would make me gag and all I could eat was 2-minute noodles because they were pretty easy to throw up. Even my days as a bulimic didn't train me for morning sickness. I ‘thought' I had it with my son and then got it worse with my daughter, but nothing like this. Absolutely nothing like the feeling of being perpetually ill and hugging the ‘porcelain pony' several times per day. I know people that have experienced ‘hyperemesis gravidarum' where it's so bad they have to be hospitalised – just like the Dutchess of Cambridge. I'm pretty lucky it didn't get to this, but there were many tears, tantrums and moments of desperation. It's so hard to feel grateful when your stomach is churning and you're too tired to lift your head off the bed. I just had remain focussed and keep my eyes on the prize.

Cooking food of any kind in our house has been kept to a bare minimum over the last 7 weeks, and only now and am I starting to emerge from my bed and feel a little bit normal again. Ginger beer and salt crackers have been my faithful friend. 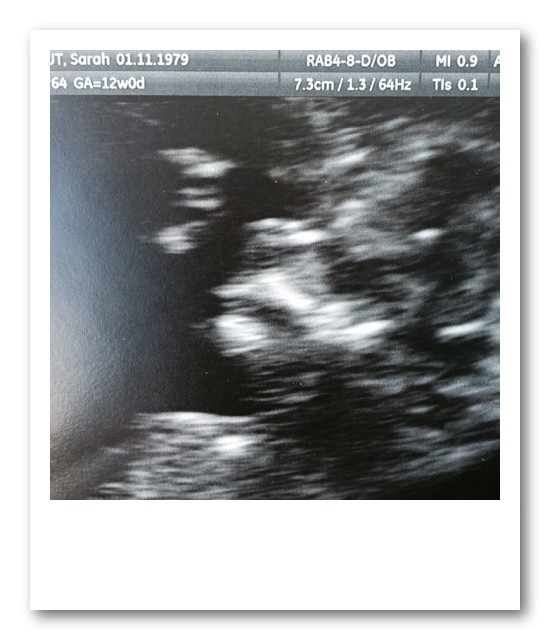 When I hit 12 weeks I was so happy. Apparently the likelihood of miscarriage is really low. Our ultrasound showed a perfectly perfect little being that actually measured 4 days more than we thought. The baby had 10 fingers, 10 toes and long little legs. He/she had the hiccups and was sucking his/her thumb! I'm also starting to show now a little too. 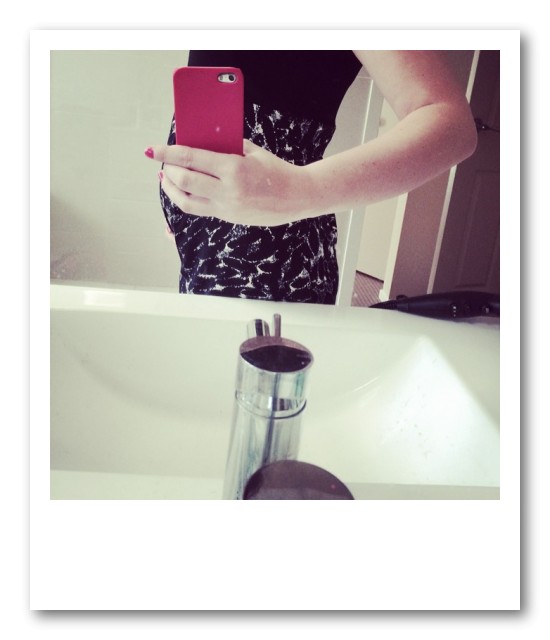 There was a minor concern with some of the bloodwork and the measurement of the Nuchal scan so I had to do another round of prenatal testing called the Verifii test. The doctor assured me that everything looks okay and she just wants to be sure in order to put my mind at rest. Sean and I made the decision that we will have this baby no matter what.

So this week will will know for sure if everything is okay and if our baby is a boy or a girl. I am so excited to get that phone call! I'll probably announce it on Facebook so watch this space. The response on Facebook from our family and friends has been so overwhelming, Sean, Thomas, Olivia and I feel incredibly grateful.

In summary, it's crazy to think that in the last 12 months I have been pregnant for 10 of them. And now at a little over 13 weeks I am so thrilled to feel hopeful that one day I'll finally hold this soul baby in my arms.

I'm a bestselling author, entrepreneur and intuitive mentor. I'm on a mission to help you manifest your best life and business through emotional empowerment and discernment training.

Be the Love: Seven Ways to Unlock Your Heart and Manifest Happiness

Adventures In Manifesting: Health And Happiness

The Power of Influence: The Easy Way to Make Money Online

Adventures In Manifesting: Success And Spirituality