I'd like to dedicate this post to my husband, who is my greatest support, my best friend and a constant source of inspiration. Also to anyone that has experienced the loss of a pregnancy, at any stage. My heart goes out to you with big soul hugs.

Let me set the scene for you…

We were on our honeymoon, in a tropical paradise location in the Carribean for an event called Zentrepreneur and Awesomenessfest. We were amongst the most highly inspired entrepreneurs on the planet thanks to MindValley.

I was just over 8 weeks pregnant. We were thrilled to see a healthy and strong tiny heartbeat and were only just starting to tell a few people the happy news. I had been experiencing morning sickness and all of the beautiful fun that accompanies starting to grow a new, awesome human. However, intuitively I felt that something wasn't right.

On our 5th night in Punta Cana I started bleeding and knew I needed to get to a hospital. However, hospital care wasn't an option. We were 5 hours away on a plane back to New York and at least 2 days away from returning home to Australia. As much as I wanted to stay at the event, I knew that we needed to leave. There was a gentle whisper of knowingness that flying back home was the path of least resistance.

Set amongst the distress of the situation unfolded the most sublime level of emotional, spiritual and physical support that I have ever encountered.

This is my third miscarriage. I had one when I was 20, at 16 weeks – which was devastating because it was my first. My second miscarriage happened at 5 weeks, oddly enough the week before I got married in September this year. I then fell pregnant immediately after and we were so happy. We were plotting out names, thinking about how to decorate the baby's room and wondering what he or she would look like – whether or not it would look like my other children.

I think the pain with this kind of loss is the broken dreams. The physicality of the situation is so harsh and brutal and at the same time is a natural balance and cleansing taking place.

So back to the story…

We booked our tickets back to Australia. There were two options. One was a long stop-over in Iran (no thanks) and the other was to spend a night in New York and then fly to LA and then to Brisbane and then to Melbourne. The cramping was pretty bad, but the emotional distress was worse. All I wanted was to get to an ultrasound machine and hear my baby's heartbeat again to know that everything was going to be okay.

In the time before we left I received a healing from Dr. Fabrizio Mancini who was a guest speaker at the event. Sean connected with him and brought him back to our room. He introduced himself to me, and clearly sensed that I was distressed. In all honesty, I have never experienced this kind of healing before. On all levels (emotionally, mentally and spiritually) I was invited to become aware of the need for self-healing and forgiveness. I received some chiropractic care and also formed a connection with Dr. Fab as a new friend for life. Please check out his work, and get to know more about this man. His work is phenomenal and I felt so blessed to have crossed paths with him when I needed support. He was able to help take the fear away. He also helped me to see that no matter what happens, everything would be okay.

Secondly, I can't express my gratitude enough to our friend Vishen Lakhiani (founder of MindValley) for giving me some beautiful heart-felt advice during the period of distress. Everyone urged me to stay, but I knew that I needed to get on a plane and follow my intuition.

Also, we connected with and had an emotional healing session with Anil Gupta. His advice and support will always be cherished.

Dawn Nicole Hoang and Dallyce Brisbin were my appointed soul sisters that I cherish with all of my heart.

Honestly, this baby's departure orchestrated the most amazing alignment of energy and forming of friendships that I am so grateful for.

So we left beautiful Punta Cana, flew to New York and spent the day taking it easy. I cannot explain how amazing my husband is. He kept asking me in which ways I needed his support. Not once did I feel like he wasn't there for me. We were there, experiencing the ‘not knowing what the fuck is going on' together as a unified force. I think we love one another more because of going through this experience.

The flight was long but we slept most of the way. When we arrived in Brisbane it was 4 hours until our plane left for Melbourne, so we decided to collect our luggage and book ourselves into a luxury hotel in Noosa. My children were there anyway, staying with their grandmother. By being spontaneous, it meant that I didn't have to fly back up again to collect them.

We hired a car and drove for 2 hours to the Sunshine Coast hospital. We sat in the waiting room for about 5 hours until I was seen for my ultra sound.

Time stands still when you're waiting to see the result.

The darkened room felt cold, like a tunnel into any given reality. I had Sean at my feet, holding tight.

“I'm not seeing a heartbeat.” Said the ultrasound lady.

All I could see was Sean's head dropping and he started to cry quietly.

‘It's okay. These things happen.' I said, trying to stop myself from tearing up.

We were then seen by a doctor who advised that I should have a D&C the next day at Nambour Hospital. I don't remember much other than trying to hold it together, otherwise I felt like I would explode with grief all over the hospital and scare all of the other patients. Sometimes I wish I could be more selfish.

As soon as we got into the car I howled. It was a raw release of agony to express the shock of the loss. I loved that little being so much and now I had a tiny lifeless body in my uterus.

We then drove to Noosa and checked into the resort. I walked to the ocean and said goodbye to my baby. It was already night time and the darkened waves were comforting.

I know it's just the body and my soul-baby is going to arrive in perfect, Divine timing.  For me, I know that the Universe has a plan. I know that perhaps there was something wrong with the fetus. I know that at least one in three pregnancies end in miscarriage. And yes, I know that Sean and I going to make the best parents when our baby finally makes an appearance.

On the morning of the 12th of November I was admitted to Nambour Hospital. Ironically, they perform all D&C operations in the birthing suite, so you have to hear the beautiful sounds of new-born babies crying and testing our their gorgeous lung capacity. In a way it was soothing to hear these little people saying ‘hello world, I'm here'.

During the day I was fine, I had my man with me and my beautiful mother. The kids didn't know that I was only 4 minutes away by car. But my mother's support for Sean and I will always be remembered. She was amazing.

To put things in perspective, there are always worse things that can happen to a person. I know I've already had 2 beautiful, healthy children and that a miscarriage might not seem like much of a painful experience, but I have to allow myself to fully feel whatever comes up emotionally and not make it wrong.

Yep, I blamed myself for a few days. I thought that perhaps I killed my baby by not eating enough or not sleeping enough or whatever. The reality is that it was probably nothing that I did that ended the pregnancy, it was just nature taking her beautiful course.

Beyonce, went through something similar and explained it like this…

Ed Sheeran also has this beautiful song which is about miscarriage later in a pregnancy.

If you or anyone else you know has suffered from a miscarriage and need support you can check out: http://www.sands.org.au/

Also, my friend Dallyce told me that there is a huge difference between saying ‘I AM DEVASTATED' versus saying ‘THIS IS DEVASTATING'. The key is to not let the event define you.

I have cried a lot, Sean and I have become closer and for now we're taking one day at a time. This event has been such an awesome opportunity to heal, grow and love on a new level. And even though his or her heartbeat was within me for such a short time, I am so grateful for what that tiny being was able to teach me.

Want to know how to deal with negative people and party poopers?

Visualization is an art-form. It’s when you create pictures and mental imagery in your mind to prompt positive… 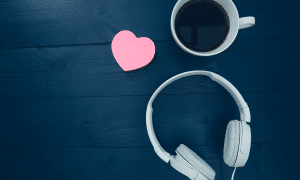 Don’t say stuff you don’t mean. Or better yet… Only speak of things you wish to create because…

Without doubt, the most common block in the manifesting process is the inability to tune into reasons to…