Recently I was curious to try one of those fancy DNA testing kits to discover more about my ancestry. I dribbled into a test tube and waited four weeks for the results to land in my inbox. Sure enough, I am 53% British, 33% Irish and then the rest is a soupy mix of Scandinavian, Italian and Greek. No huge surprises for me, but it sparked my curiosity about how reincarnation comes into play. The DNA test felt very bland and two dimensional. If you’re into manifesting and spirituality (like I am) then I’m sure you’re also interested in digging below the surface of your current clump of meaty atoms to peel back the cosmic significance.

I had a fantasy of what it would be like to dribble in that tube again and get an email of all of the different people I have been since the dawn of time. Wouldn’t that be amazing? My old meditation teacher used to say that a human had already been through over 8,000,000 life-cycles to be incarnated as a person. That means that I’ve been various varieties of cabbage, ferns, orchids, moths, and pandas…just to name a few.

But who in their right mind really knows for sure what happens? Who has definitive proof that our souls get recycled with more frequency than the horrid plastics that pollute this planet?

No one. And here’s what’s great and magical about that realization. It sparks FAITH, and faith is the life-juice that opens hearts, minds and the awareness of ONENESS.

“Faith is a knowledge within the heart, beyond the reach of proof.”
– Khalil Gibran

I believe in Karma to the extent that I know and trust that the energy you put out there will always come back to you.

Millions of people around the world identify themselves with belief systems that include reincarnation. There are over 300 million Buddhists, 800 million Hindus, millions of new agey people (including myself) that hold this belief dear to their hearts. It could be a rough estimation that at least 25% of the world’s population believe that when we die, we are then reincarnated.

There are so many interesting and quirky stories that relate to the endless cycles of births and deaths. His Holiness, the 14th Dalai Lama, is an incredible representation of living the principles of reincarnation.

There are countless tales of young children that have memories of details, people and places that they could have no idea about.

Apparently, when I was three years old I said to my Dad that I liked him better as my other Daddy. I also kept asking to see someone called Isabella. My Dad has always had an uncanny likeness to his ancestor, a famous artist called Samuel Prout. Dad paints in the same style and they kind of look alike too in a spooky kind of way. Samuel Prout also had a daughter called Isabella. I wouldn’t have known about her at just three years old!

There are so many questions! Such as can our souls be multiple people at once? As a twin flame do we tag team different lifetimes? Where were we before we were born?

We recently asked my two-year-old daughter where she was before she was Lulu. Apparently, she came down a slide in the sky. Think, CareBears coming down a rainbow slide in a cartoon from the 80s.

Beyond our DNA and how it impacts our lives, beyond the patterns of our souls and how they get recycled or not is NOW.

The great mysteries of life contain so many beautiful golden threads of faith that bind us as a species. We don’t need to know the answers, we just need to enjoy the wild ride in each and every exquisitely crafted moment. xo

What is the Law of Attraction? It’s one of about 12 universal laws that gives us a metaphysical…

The human body is incredible. It’s the ultimate manifestation machine. Millions of new cells grow in each moment…

The holidays are right around the corner. It’s the season of togetherness, of fun, playfulness and cheer. However,… 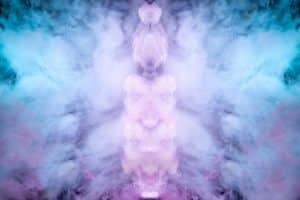 No matter where you are currently at in your life right now, it helps to remember that nothing… 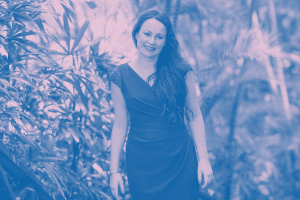 Being an avid student of metaphysics for nearly the last 20 years, I have witnessed and observed many…

BUY BE THE LOVE