There is a massive misconception in the self-help, personal development industry that the teachers are all riding magical unicorns, manifesting rainbows, followed by butterflies and leaving footprints of glittery sparkles with every step they take.

The perception is that people that ‘walk the talk’ need to be happy all the time, emotionally balanced, calmed, chilled out with not a grain of sand venturing out of their perfectly groomed Zen garden. This isn’t how it is at all and it’s not how it’s meant to be either…

The true teachers out there have a deep understanding that shit hits the fan in order for them to grow ‘spiritually’.

It’s a profound, sacred part of the deal that enables them to experience the fullness of life in order to teach new perspectives to their students and be of value.

Being spiritual means that you’ll screw up because you need to. It’s part of the game plan.

Yesterday I had some pretty severe emotional upheaval to deal with. Let’s just categorize it as ‘family drama’. You know, the kind that pretty much 100% of the population has to deal with at one point or another in their lifetime.

Several ‘nasty’ (for want of a better word) nuggets of perception were hurled at me that were an attempt to discredit the work I do teaching people about ‘spirituality’ and creating a life they love. I was pretty furious. Fuming.

Things got really ugly and my energy went berzerko (AKA batshit crazy). It’s a space I don’t usually allow myself to enter into, but my energy was so out of whack that I succumbed to the dark side.

Being spiritual means that you’re human

We’re all going to make mistakes, be in bad moods, make choices that hurt people and find ourselves in the quicksand-esque landscape of conflict…

‘it was meant to happen’

‘everything happens in divine timing’ (which it does, I'm big believer in this).

Being spiritual means that you don’t have to be annoying about it or beat yourself up. You just need balance. 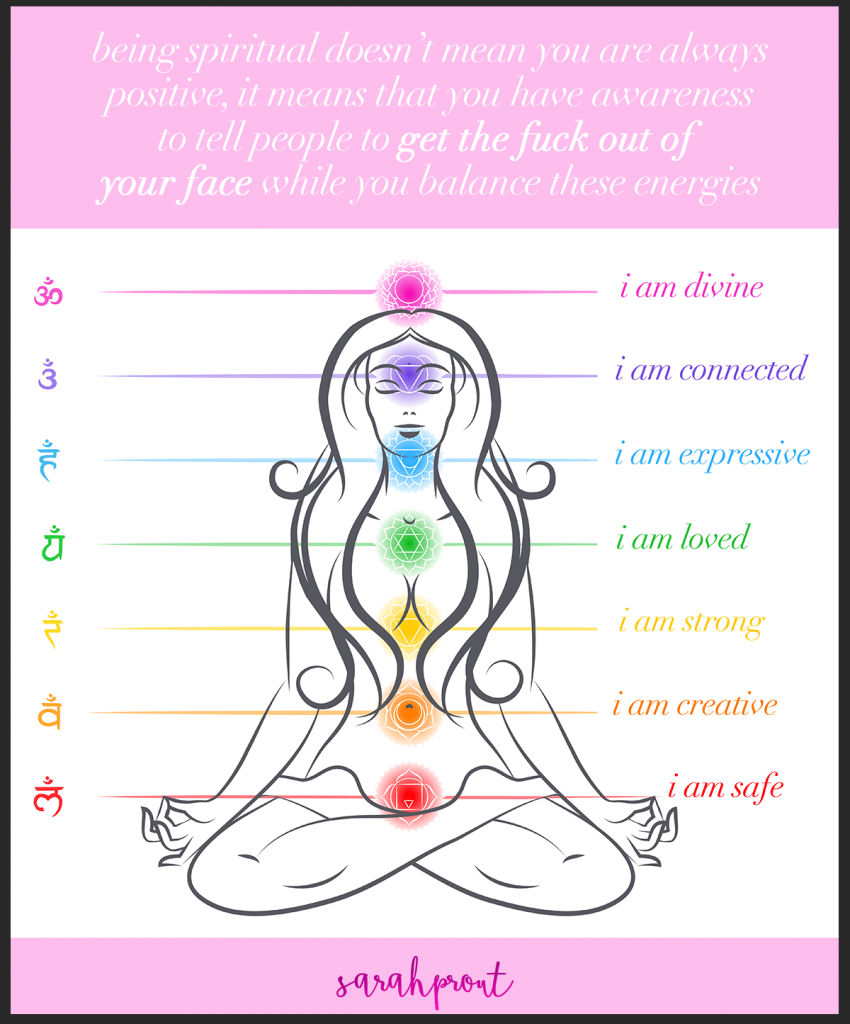 Love this? Pin It!

Conflict, bad moods, emotional outbursts and errors in judgement don’t need to be soothed with people becoming an annoying new age fortune cookie about things. It happened, allow yourself some space to build a bridge and get over it.

Being spiritual is just about being consciously aware and trusting that you'll have many ups and downs throughout life.

It’s about deeply acknowledging that there is always purpose to the seeming madness.

It all has a place. It’s all about building a soul portfolio of experiences to draw on for next time, and placing your newfound tools in your ever-expanding spiritual tool box and moving forward no matter what. xo

The New You and The Secret Magic of Transformation

The 3 Forgotten Elements of Manifestation

How to Visualize and Manifest Your Dreams In 5 Easy Steps

4 Things to Say More Often That Will Create Instant Abundance

I’m a mother of 4, bestselling author, host of the MANIFEST podcast and creative entrepreneur. My mission? To help you manifest your best life and connect with the magic of The Universe.

PRE-ORDER BE THE LOVE

Filled with practical guidance, soulful exercises, and nuggets of wisdom, Sarah Prout's Be The Love is your invitation to use the power of your emotions to achieve happiness…